A. I’ve got a question for you guys, actually. You know, you get up there and you’re giving your speech, and I hope to God that I said Mark and Melissa and Amy and Jack. Did I mention them? I did? Fantastic. All right. Huge relief.

A. It’s just a genuine thing, you know, I’m so flattered when anybody, any person, you know, any one person who walks up to me and says that they were really touched by a performance, I really adore that. I really love hearing that, you know. I mean, what we do becomes so much bigger than ourselves and I appreciate that so much. And I’ve been in China. I just got back the day before yesterday, I’ve not been a part of any of the campaign that’s been going on. And just to get back and then hear people tell me how much it means is just wonderful. That’s what you’re hoping for.

And the only thing, you know, I want to say is that obviously the nominees who were nominated for Best Supporting Actor are just phenomenal actors and incredible. But equally, there’s so many other actors out there who would deserve being up here as well, you know. They’re saying I love motorcycle racing, and I was watching something this morning, and it’s like, hey, that comes down to who’s first up to the line, who was the fastest. This has nothing to do with that. It’s not who’s on pole position, well, that guy decided to go backwards, that guy decided to go back in the stand and drink a Slurpee. That guy went forward. It’s all like, what do you think, you know. What I mean, it’s all just a matter of opinion and so abstract. This is a very bizarre thing. But at the same time, I just can’t help but be touched so dearly by it. You know, people, so many inspirational, talented people decided that I was worthy of this. I just treasure this.

A. What are these cards? These are people who are going to get questions?

Q. These are auction numbers.

A. You win something?

Q. A statue. So my question is, you have just won, arguably, the biggest award for this role. Is this your favorite role you’ve ever played as an actor? If not, what is?

A. You know, every single role we do is just sort of a cherished friend. There’s a point that I believe I made in the speech is, I was thanking David O. Russell for communicating our work in a way that it meant something to the audience, and that’s where you’re out of control because you can do something that really rips you apart on the set, but if the director and the editor don’t take it and make it mean something to the audience it ends up as nothing. And I was so fortunate that with David and with Pamela Martin, that they were able to take that and really make it mean something, you know. And so fortunate and it’s resulted in this.

Q. Now that you won the Oscar for this kind of movie, technically does that mean that no more Batman?

A. No. I mean, I’m in the middle of filming a movie in China right now. When I finish the movie in China it’s straight on to Batman. So absolutely, much more Batman.

Q. We all know how much you love acting but you hate dealing with the press. So what have you learned in these last couple months that you have to deal with more and more press leading up to this night?

A. Well, the beautiful thing about it is I’ve been in China for the last month. So I actually haven’t had to deal with any of it, you know, I’ve been out of it. I haven’t been campaigning. And I always felt like, you know, it really has to be the performance that stands by itself and should be merited upon that and if I would have lost, I would have still said the same. I wouldn’t have regretted anything. I would have just applauded whoever won and there’s so many wonderful performances out there.

A. Love the hat. Been drinking?

A. I find myself likewise out in the bar with Dickie and my wife thinking that it was like the other awards where you just walk on in and go out and unfortunately missed Melissa’s acceptance speech because they wouldn’t let me in. I was literally banging on the door with Dickie going, let us in. And they wouldn’t let us in. That was my mistake. I’ll know better if I ever return to the Academy Awards.

Q. So you missed the F bomb?

A. I missed the F bomb. But, you know, I’ve laid down many of them myself before. So I think I know what it was all about.

Q. Do you have a specific spot that you’re going to put this award in your home?

A. I know I’ll get home and my daughter will say, thank you very much, and take that and stick it wherever she wants.

Q. Also, for those of us who fill out the beards, are you going to miss it when you finish filming the film in China?

A. It will actually be shaved off partway through.

Q. I don’t think anybody does a meltdown on film better than you do. And now that you’ve done one that’s chemically enhanced, I got to ask you, what do you think when you see a real life one like Charlie Sheen?

A. Like I said, I’ve been in China. Seriously, it’s been impossible. Just no idea.

Q. I was just wondering, this isn’t the first time that you’ve lost a lot of weight for a role. You did it for RESCUE DAWN. When you accepted to take this role, did you think twice about accepting it because of the physical sacrifice you had to do, and is there any sort of thing that you wouldn’t do to yourself physically at this point in your career?

A. I just like the character and it wasn’t till a little bit later I said, oh, he’s a welterweight, he’s a crack head. How many fat crack heads do you see? Then I realized, that’s what I have to do. So it came later just by that point, you know, like I always say, I saw something and this has always been I didn’t really ever take acting classes. I didn’t go to drama school or anything. I always feel like I’m having to make up for that while other people know where they’re going really and I’m just sort of winging it. I saw something one time, it was Jimi Hendrix, and I just adore the guy’s talent and just raw ability to just communicate through his guitar and I saw something about his fingers just bleeding, just blood dripping off of the strings and I always went, that’s it, that’s it. You know, that inspires me to no end.

So whatever it takes, I feel like I’ll do for a movie. But the thing is, a lot of people see it as a gimmick, and it’s not a gimmick. You know, they say, hey, give a quiet performance, and you can give a quiet performance and lose a lot of weight. Do you know how much it takes do that? So if it’s necessary, I’ll do it, you know. I’m getting a little bit older now. I’m starting to recognize if I do too much, there may be no coming back from it. I don’t have quite that same mentality which I did only a few years back, where I felt I was invincible and it didn’t matter what I did. I was coming through. You know, I have a child now. I just want to really be smart about any other body alterations that I make in the future. I know that too many of them just, you know, there’s only so much your body can take. I’m happy that I’ve done what I’ve done. Who knows. Maybe that will be the last of it. I’ve said that a few times before.

Q. Thank you so much. Congratulations.

A. Thank you so much. 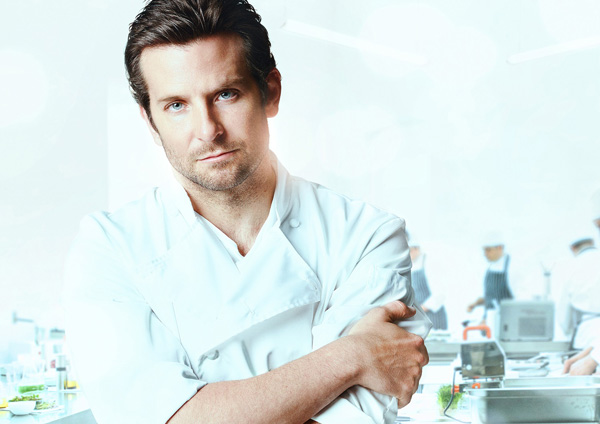 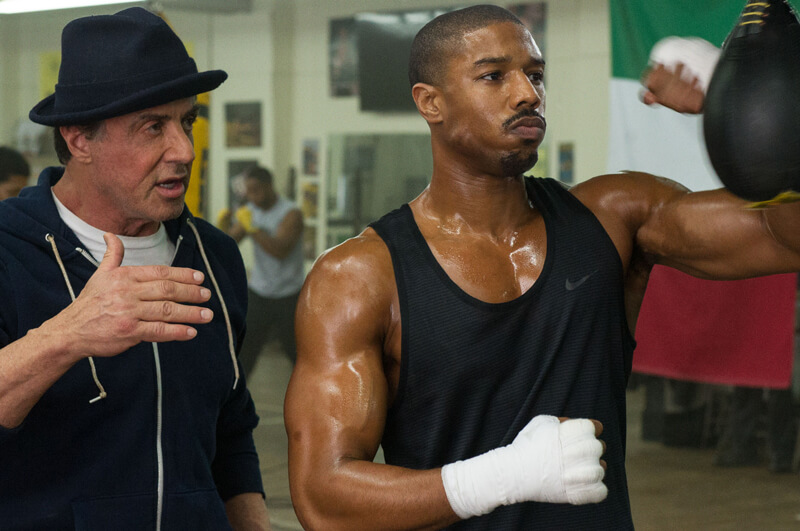